While it may seem improbable to some, mindfulness meditation can reduce physical pain – in a way. I’ve seen pain reduction happen quickly during a guided body scan on the first day of mindfulness training when a military veteran attendee exclaimed “That was the first time I haven’t felt pain in seven years! It was only for a short time, but I didn’t feel pain!” In this case, the intense attentional focus on physical sensations of body parts not associated with his chronic pain, allowed the physical sensation of pain to subside into the background of his attention…and he didn’t feel pain.

I’ve also seen more gradual pain reduction over the course of an eight-week mindfulness training program (Mindfulness-based Stress Reduction). One female veteran recently walked down the hallway toward her fourth week of class exclaiming “The pain is better than it was, its’ not gone, but even a small improvement is a plus”! She experiences hip pain, which is reduced after three weeks of meditation training.

Another young veteran attending mindfulness training was also being seen for back pain in a military hospital. She received one of the first spinal cord stimulators at the facility and had considerable success. Her physicians asked for her to co-write her understanding of the process and her gains, along with their description of the medical process and progress. She agreed; but stated she would only contribute if she could include the benefits of mindfulness meditation training, further stating she did not believe she would have been able to participate in physical therapy without it.

In the first case, the pain was not felt during a meditative process known as a ‘body scan’. A body scan occurs when the mindfulness instructor verbally guides the class through a process of noticing their physical sensations, one body part at a time. In Dr. Jon Kabat-Zinns’ description of a body scan (Kabat-Zinn, 2013), one begins by placing their attention on their left big toe, with the mindfulness instructor suggesting the attendees notice every sensation they physically feel at that location: temperature, touch, pressure, where their toe is in space, and whether any internal sensations can be felt. One does not try to move the toe to feel these sensations, as the point is to be present with what ‘is’ at the moment, not what one thinks about or hopes to recognize. The instructor guides the attendees through the process of focusing their attention on physical sensations from the toes to the top of the head. During the first two weeks of MBSR training, the homework includes listening to pre-recorded guidance of a body scan for approximately 45 minutes each day. One purpose is to strengthen the mind/body connection, as many people are so disconnected from their own physical body that they don’t recognize physical sensations when they occur! Think of all the times we’ve been told (and taught) to ignore our sensations:

So how does this work that meditation might help decrease pain? Are we simply thinking our pain away?

In a manner of speaking, that is what we are doing. Take for example, the research conducted by Dr. Zeidan and colleagues, at Wake Forest Baptist Medical Center (Zeidan et al., 2011). Their research team exposed pain free volunteers (n=75) to pain induced by heat, while they received an MRI brain scan and had volunteers rate their pain. Afterwards, volunteers were placed into one of four groups, for four days. Groups received either a cream said to reduce pain from heat, mindfulness training, sham mindfulness training focused on breath only (no other instruction), and a control group. The largest reductions in pain ‘unpleasantness’ and intensity occurred in the mindfulness group, and the mindfulness group appeared to be accessing different parts of the brain compared with the other groups. The MRIs of the mindfulness group showed greater activation in areas of contextual evaluation of sensations (unpleasantness reduction) and cognitive regulation of nociceptive processing (pain intensity), with less activation of the thalamus (Zeidan et al., 2011). The thalamus relays sensory signals from the body to the brain, including pain, temperature, and touch.

Still other research has identified pain management (e.g. feeling in control of pain and higher levels of pain acceptance) (la Cour & Peterson, 2015) and greater self-regulation of emotional reactions associated with pain (vitality, anxiety, depression, quality-of-life) as being significant in the lowering of self-reported pain following mindfulness training (Kearney et al., 2016; la Cour & Peterson, 2015). As might be expected, those with greater initial pain experience the greatest reductions in pain (Rice, Liu, Allison, and Schroeder, 2019).

The practice of mindfulness itself may contribute to an altered perception of pain and the impact of pain on daily activities. During mindfulness meditation, a person learns to focus their attention on their breath at a particular location in the body, while at the same time remaining open and receptive to ‘what comes up’ or ‘what arises’ during the meditation. ‘What arises’ may be thoughts, emotions, memories, or sensations (including pain) and the attendee learns to become aware of these, regardless of whether they are positive, negative, or neutral. After the initial conscious awareness, the new meditator learns to view them with curiosity, interest, acceptance, and (as much as possible) friendliness. New meditators allow themselves to experience the pain and consider it, much like a scientist might ponder it. What does it feel like? Harsh, soft but consistent, throbbing? Where exactly is the pain, does it feel the same in each location, when does it occur? Does it change during the day and night, what makes the pain less noticeable or more noticeable? In this way, new meditations allow themselves to feel the physical aspects of the pain and what they can learn about and from the pain, as well as becoming aware of their own reactions to the pain. They might receive insights into the origin of the pain, their perceptions or beliefs about pain, how it might help them or hold them back from what they may want to do, and whether these reactions have become automatic reactions. This process is as long or as short as they chose, as they learn about this part of their experience. One moment might be all they can spend with their pain today. This process can alter perceptions, separate beliefs that have been entangled with sensations, and produce a “functional decoupling of the cognitive-evaluative and sensory discriminative dimensions of pain” (Grant, Courtemanche, and Rainville, 2011).

Yes, meditation and a regular meditative practice can reduce pain, including chronic pain, level of pain sensitivity, and can change the thickness of cortices associated with pain-perception (Grant, Courtemanche, and Rainville, 2011). The response to thermal pain in long term meditators shows less brain activity in the prefrontal cortex, amygdala, and hippocampus – that is, in the executive, decision-making and areas dealing with sentiment. The longer the meditative experiences, the more active the anterior cingulate cortex, thalamus, and insula – the primary pain processing regions. During meditation training, it is not precisely learning how to reappraise pain, but how to not appraise the pain at all (Grant, Courtemanche, and Rainville, 2011).

It is important to note that pain reduction is not typically ‘the’ goal of mindfulness meditation. Instead, the moderation of pain comes as a by-product of the mindfulness practice process. As these studies seem to indicate, one’s relationship with pain and the ability to self-regulate appears to change with meditation training. Yet, how much training or practice is necessary and the impact of co-morbidities are undiscovered. These may be influenced by individual differences in experiential background, genetics, and motivation.

Suffice it to say for now, mindfulness meditation training, and consequent mindfulness practice, mediate physical pain for a large number of conditions. As scientists, we want to know how, why, and how much. As human beings experiencing pain, we may only want to know if we should try meditating to assist with pain reduction. The literature and personal anecdotes both seem to support the value of ‘giving it a try’!

Be certain to find experienced instructors who have completed a full regimen of training! There are many individuals who have attended a one-week training course and begin to teach! Certification can take two years. It is important to learn from someone who meditates regularly, has received training, and can speak from experience.

McCracken, L.M. Gauntlett-Gilbert, J. and Vowles, K.E. (2007). The role of mindfulness in a contextual cognitive-behavioral analysis of chronic pain-related suffering and disability. Pain 131, 63-69. 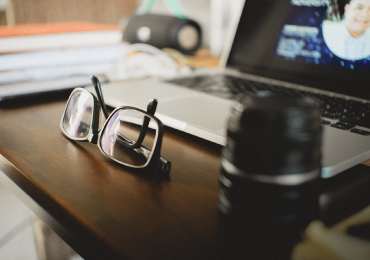 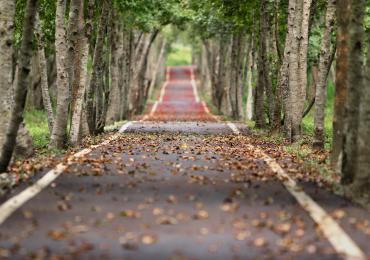 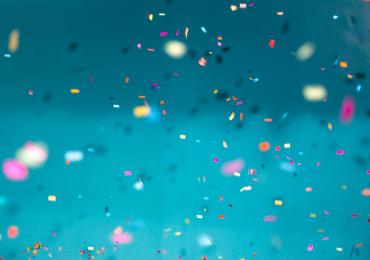